こんばんは。Today, i have a trip report written by my student, whom i brought along to Japan last week. Following is his interesting trip report.

If you desire to be part of this good family, don’t hesitate anymore. Contact us

I was accompanied by both Sensei and one of the seniors for the trip. He brought me to places, met different people whom he has contacts there, the food and the experience was never forgettable. The moment we touched down in Japan, a sight which I’ve noticed is, vending machines are everywhere selling a variety of canned teas to coffee and their local beverage, CALPIS. Unlike Singapore, you can drink on the platform and even in the cabin and never get fine.

The first visit was to Matsumoto-san’s salon, Earth, located in Himeji. Given that my hair was unkept and messy, I went ahead for a haircut which includes head spa for an affordable price. I was very happy with his service and the attention to details, even a slightest bit of strand of hair must be well cut and kept properly before closing the job. Soon after we arrived back in our hotel,  Senpai went through a Japanese lesson with me, his teaching and approach was better compared previously, a big step for him as I’m able to understand even better with his new approach. 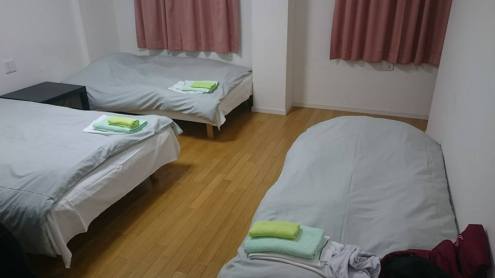 Our hotel in Osaka

On the 2nd day, from our hotel in Osaka, we walked to Denden Town for anime, games and computer electronics related stuffs. Dropping by half way to Matsuya (松屋), a mass food chain in Japan, I had my very first Japanese breakfast, pork slice bowl with lots of chopped green onions. Damn it was good! Further down after, arriving in Denden Town, big banners of anime related stuffs were seen. It was like Akihabara, but located in Osaka. I was brought to watch Sensei play the UFO catcher and got to see lots of model cars there too. Model cars and Gunplas are very cheap down there with tons of varieties that I’ve never seen before. If I have the option to buy down the whole entire shop, I would! 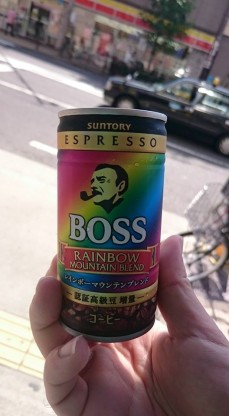 Boss coffee for the morning

We visited the Naruto Exhibition in Osaka, a 30 mins trip from our hotel, it was a exhibition unlike I’ve seen before. Screening through the exhibition, the creator of Naruto explained his back story and how he got the idea to create every character that you’ve watched in Naruto, it was very inspirational. Sensei even bought me a Naruto Exhibition exclusive shirt for me as a souvenir, 「ありがとうございます、先生！」 As evening came, Sensei  brought us to IPPUDO (一風堂) to have a taste of Japanese ramen. After dinner, we watched Boruto the Movie, my very first anime movie to be watched in the cinema. Even with no English subtitles, I was surprised that I was able to understand some of their narratives after going through Sensei’s lessons for 6 months. A very touching movie indeed, I believed we cried a few times during the movie. 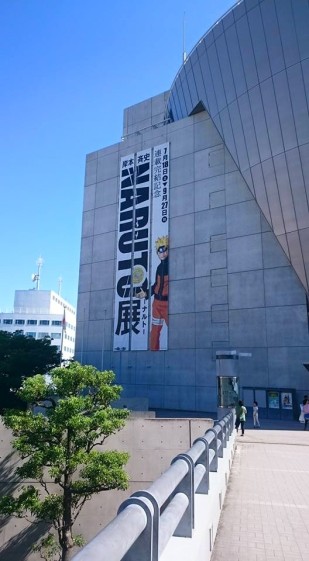 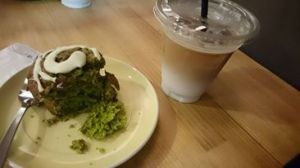 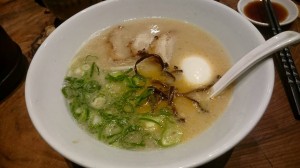 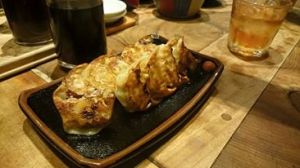 3rd day arrived and we head down to take pictures of the iconic Glico Man in Osaka. We had a karaoke session, I tried singing a Japanese song and I sounded so bad. Straight after, since we’re in Osaka, we couldn’t miss their Takoyaki! Hands down to the best Takoyaki I’ve ever eaten, soft cooked fried batter with chewy octopus in the middle. Then it was time for Senpai to head back home first. As the sun sets, Sensei brought me to have some okonomiyaki and even personalized it for me! Truth to be told, I was touched by his actions. 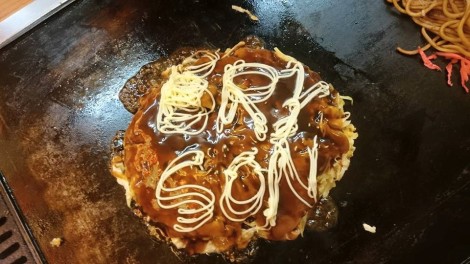 On the 4th day, we both headed to Kyoto to meet Sensei’s Japanese friend and visited 2 shrines, Kiyomizu-dera and Fushimi Inari Shrine. Sensei introduced both shrines to me in detail. It was a mesmerizing trip there, I’ve never been to temples that huge before that could house thousand humans there. Never had I seen so many men and ladies wearing yukatas walking around. Sensei  was so generous to keep feeding me with food while we’re walking around. We meet Sensei’s Japanese friend after, had dinner at Gion, a geisha district, sadly I don’t get a chance to come across one this round. We chat and I’ve tried talking in Japanese too. It was awkward to speak to a Japanese in their native language but fortunately, Sensei’s friend knows how to speak English too. 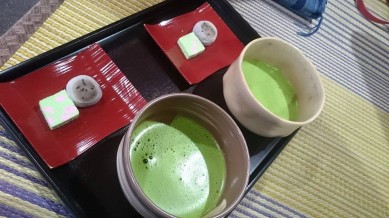 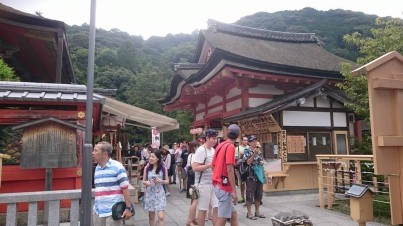 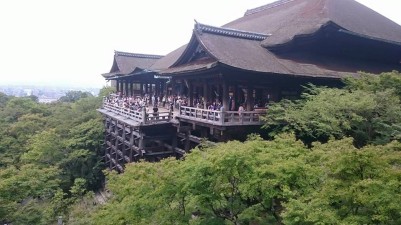 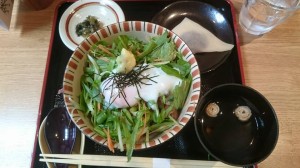 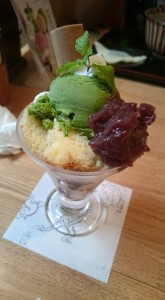 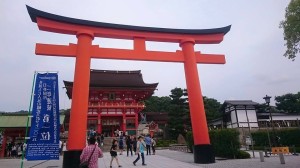 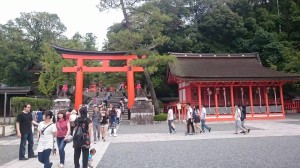 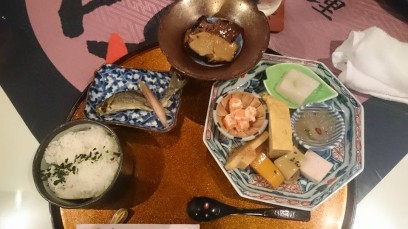 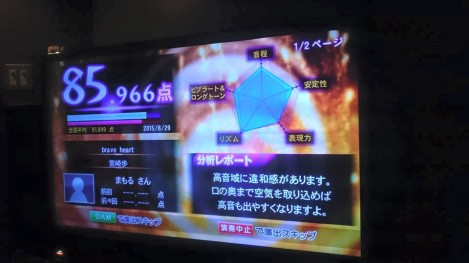 Woke up early with only 2 hours of sleep, we took Peach airlines to Tokyo and arrived at our next accommodation, a nostalgic hotel catered for Japanese people. I get to sleep in futon for the next 4 nights, with 24/7 convenience stores（コンビニ) located in the district. How awesome can that be?! Heading down to the Chinatown, there were lots of Chinese stores selling various kind of Chinese cuisines and the most popular are the Shanghai’s fried dumplings, which were juicy and oily. Shortly after, another of Sensei’s student, Phyllis-san who was working there came by to meet us and have some Chinese lunch. Hearing her story about her life in Japan was interesting, people there were very kind to help one and another in times of need. After visiting Chinatown, we headed to the Nissin Cup Noodle Museum but unfortunately, it was a Sunday when lots of families gather, so I passed the opportunity and head down back straight to the Hotel to rest instead. Evening came and we met with another of Sensei’s friend, a quiet but friendly guy whom has his computer switched on the everyday and he could even access his computer via mobile phone on the go! 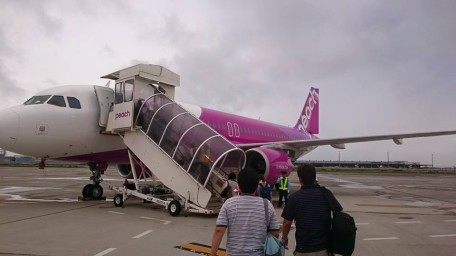 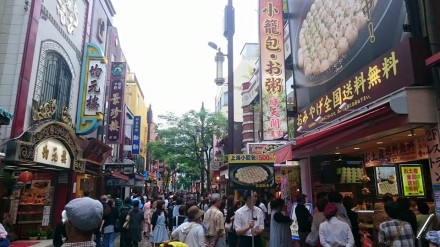 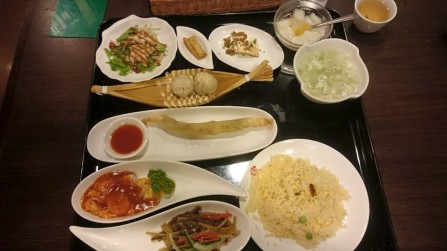 The next day, we headed to Akihabara in the morning and were greeted with a banner to indicate the start of Akihabara. Tons and tons of anime, figurines, games, videos, whichever that interest you, they lack of none. We met up with Sensei’s student who was studying there and headed to a maid cafe. I’ve always wanted to go to the maid cafe at Funan Mall but never got a chance. Now, finally in Tokyo, I get to experience it with Japanese Maids! It was a nice experience watching the maids conversing with their patrons. We ended the maid cafe experience with a instant photo together with the maid, after which we headed to play UFO catchers again. It seems that Japan lacks none of these UFO catches as their at every corner too. 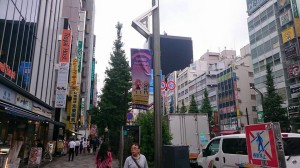 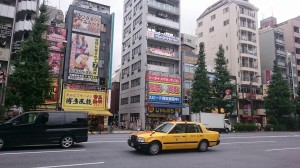 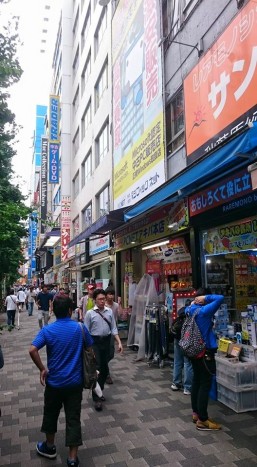 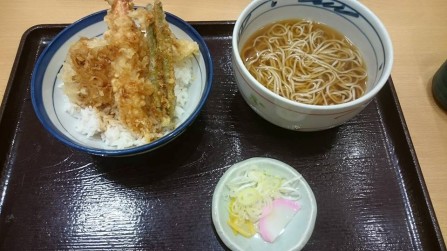 The next morning, we visited Sensoji in Asakusa, 15 mins walk away from our hotel, to pray and visit. An easy accessible shrine located at the end of the train map. After pleading with Sensei to let me walk alone and explore more of Akihabara, I spent hours, walking and asking for navigation from Japanese people, using what I’ve learnt in class to speak to them. Even though my Japanese isn’t that well solid yet, they could understand. A very exciting and engaging day for me.

The 2nd last day, we met Ernest-senpai and his friend and walked around the vicinity at Asakusa, Akihabara, Harajuku and Shibuya. All in a day we covered these 4 places which were tiring but fun! We even took a photo with the statue of Hachiko, icon of Shibuya Station. 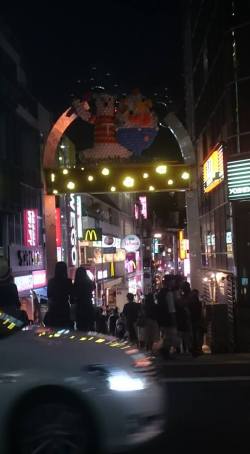 The last day came and we had to bid goodbye to Japan. It was a memorable trip, I’ve learnt many new things such as how much the people differs from each region, as for the trip, Kanto and Kansai region, appreciating the language and the culture that they cultivate over there despite the recent modern times. Thanks to the trip, I’ve gained back my motivation to even study harder, never giving up when the language gets more profound for the day when I could communicate with native Japanese people more fluently. I got to know both Sensei and Senpai more and understand about their passion for the language. 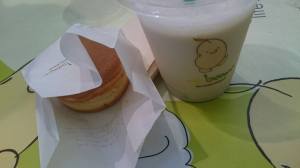 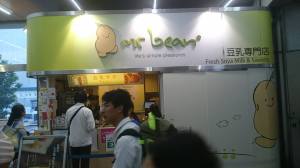 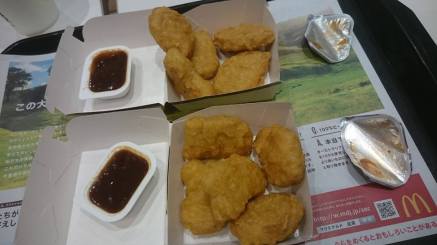 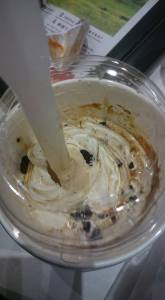 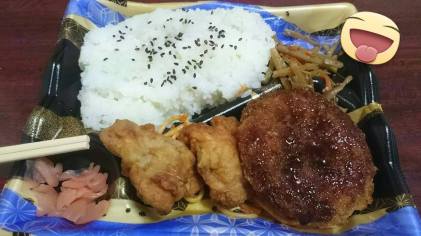 Thank you Sensei and Senpai for your guidance in my studies throughout my stay, the new friends whom I’ve met in Japan and all the great food Sensei had stuffed me!

View all posts by dimitri2012

This site uses Akismet to reduce spam. Learn how your comment data is processed.